DECONSTRUCT THIS - WHATEVER THAT MEANS

So I was in a restaurant there for a bit of ice cream for the kids as I am a bloody brilliant dad.

We had been to some modern art nonsense with the Sultana and our 11-year-old pointed out it was just crap on a wall and some broken metal bits stuck together. I was so proud and wanted to treat him.

The Sultana of Fun was less proud of her offspring.

They brought us the menu. It was big, really big. The two ends were in different post codes. The boys just wanted ice cream, how hard could that be?

The thing was littered with teeth-grindingly bad spelling and grammar errors.

I will allow some restaurants a bit of a leeway when it comes to the English language, especially if it is not their mother tongue.

I have had no issue with ordering a furry souf Indian gaylic based dish with a maximum amount of onyions that was not for the fent harted before now. But this was murdering the language for the sake of it.

I had a headache when I had finished but was interested in the idea of a disassembled banoffee pie with deconstructed coulis. My wife once made banoffee pie, it had no bananas in it. It was offee pie and very good it was too, original as well.

But what could this disassembled banoffee pie with deconstructed coulis be?

It arrived. It was a peeled banana with some dried out hypernuked condensed milk sludge sitting alongside it. There was some whipped cream with what was hopefully chocolate running through it, and a couple of Hobnobs to add some class to the dish. In a vague bid to make it Michelin, it was sprinkled with cocoa powder.

And there, sitting embarrassed next to it, huge chunks of fruit frowned, a big fork and angry spoon scowled, and an ugly blob or two of ice cream melted. Well I was stunned.

So, essentially then, I am supposed to put this pie back together, or indeed just together, and then savagely batter the rapidly browning fruit with the cutlery to make my own coulis? So I pay full price to build my own dessert? Is that was this is about? Is it really?

The waitress, I think she was called Jason, stared at me as I looked at the plate with a mounting confusion.
I said: "Is there any chance you could take it back and ask the chef to undisassemble the pie and redeconstruct the coulis?" 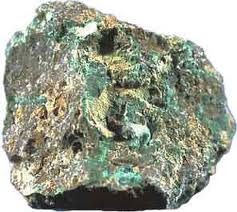 She laughed despite my pleading eyes and walked away.

I was about to say 'no really, look at the bloody state of it' when the Sultana's stare forced me to curb my haul yer ass back here young lady attitude.

It was awful, like eating fruit. I eat the whipped cream and was none the wiser about what the dark chocolatey streaks were. I broke a tooth on the condensed milk and used the melted ice cream as a dip for the Hobnobs.

Will there come a time when I can order deconstructed fish and chips only to find myself being brought out a deep fat fryer by a dishevelled waitress, slapped about the face with a dismembered haddock by a disturbed seal and then bombarded with unpeeled King Edwards by a dysfunctional chef?

It was, I suppose, what it said on the menu. But then it also said Prown Mary Rose was available to I didn't take anything they said that seriously. They took creativity, slapped it about the bit, reheated it and served it to me as gaudy bollocks.

I left without leaving a tip explaining: "I rehydrated the tip only to find it had become a post modern ironic statement on people who are so clever they become dense so I chose to save you the embarrassment of not understanding it and put it back in my pocket."

I didn't of course as the funfree guardian of etiquette was paying the bill and I was ushered out by three by now ice cream filled children.

I will return to this hole with a deconstructed wallet at some stage. The bill will arrive and I will present a variety of copper and nickel pieces and some naturally occurring plant fibres for the notes. I will wait in my disassembled mood until the disembodied change arrives.

Victory will be mine.
Posted by rantparrot at 12:39